Mental health issues are more talked about between the younger generation nowadays than they have ever been. Those of us over 50 who I refer to as the egg crackers slowly started to bring it out into the open often at great risk. Before that, it was shut down into a steel box and shamed. Due to the publics ability to share a great deal of personal information via social media, we are inundated with more information about these issues. Public perception is changing bit by bit with more public figures speaking about their challenges, however, there is far more criticism about peoples sensitivities than there ever has been and far more suicides due to being harassed online. Internet trolls are like a virus that can erode anyone’s soul. So although people are speaking up about living with mental illness ( what I refer to Acute Sensitivity) the negative feedback and need for more dirt is more prominent than it has ever been.

Trolls in folklore, originating from the northern lands of Scandinavia were seen as ugly creatures and unhelpful to anyone other than their own kind, especially those known to be of ‘ One God” persuasion. Later they were seen more as ‘ Nature Beings’ as they were born and grew from the rocks of the earth. Like those of the fey they were otherworldly 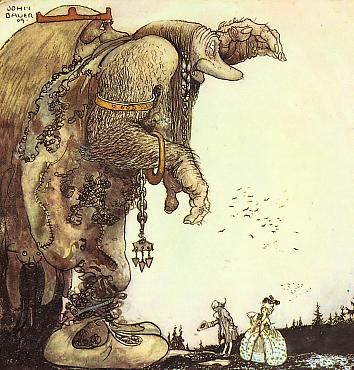 and misunderstood in being protective of their landscapes. So Im not sure they would be too pleased to be included in the vicious internet trolls of modern-day, however, the language that internet trolls spew out is indeed incredibly ugly. And like those of folklore and those of the internet, they both tend to thrive in the dark. Light is their enemy. In folklore, they would turn to solid immovable stone. The internet trolls lose their power by being exposed.

We all have our own versions of internet trolls within us. They are our ugly thoughts about ourselves. Like for example the other day I was flicking back through photos of myself and I was quite mesmerised because I never perceived myself as pretty or beautiful. I was taken aback at how I could see the shining beauty emanating from me and I really liked the face that I was looking back at me. This has been one of my greatest troll take downs. I built on other things, like kindness, character, humour, sensitivity smarts, compassion etc but the ugly duckling mentality was still in there, in the dark, hiding.

And as the universe would have it, today I passed an elderly greek man who I often meet on the street of this neighbourhood and have light and funny conversations about history with. I have nicked named him ‘The King of Greece” as he believes everything comes from the greek! He said to me, Hello, pretty! Such a sweet compliment. All the other girls were always pretty and I was just ‘cute’…the inner trolls made havoc with that. I have never considered going to the plastic surgeon or getting botox or any of that stuff to make better of my looks or every would and creeping towards 60 years old, I am loving myself, my songlines (scars and wrinkles) more and more. This comes from changing the way I deal with my inner troll. The ugly voice inside saying you will never be as pretty as they are.

Inner trolls test where you are at with yourself. Whether it’s a negative voice or thought-form. Inner trolls are your inner critics, inner abusers. And you know what they need? Like the Trolls of old Norse fey lands, they need to be brought into the LIGHT of conscious understanding. Inner trolls hide inside the shadows of our minds deep down in our subconscious. We tend to keep them there as they are ugly, but the thing is that the ugliness is like a virus to our soul.

There is this great Ted talk by a feisty, ballsy and sensitive woman called Constance Hall. She speaks about how she dealt with relentless bullying by internet trolls. She is very honest about how it took its toll on her and like all victims got brought to her knees. What stopped her was someone who loved her deeply and helped her have faith in herself again, to be able to retrieve the love inside her that the trolls had ripped asunder. What she learned from it all was that kindness is the best antidote to dealing with trolls. She is absolutely right. I was a victim of horrendous bullying at many schools and I have to say kindness has been my staple antidote, along with a strong sense of no bullshit boundaries.

To me, kindness and healthy self boundaries are the light. Trolls can’t thrive in the light. So it’s up to us as individuals to keep our light shining especially when it comes to our own inner trolls. You know that saying, that you can get many compliments but one criticism will floor you and you will fester on it for ages? Well, that’s your inner troll at work. Internet trolls are sad and lost people stuck in the dark with only bitterness and bile to live on. It’s a pretty shite life truth be told. Our inner trolls are somewhat the same. They don’t know what else to feed off but the shadows we have locked away.

So here’s what I do that helps me get perspective

This will take some time to unlearn the troll way of thinking but bit by bit you will see that the troll becomes more in your control rather than you being at its mercy.

The greatest challenge is not so much what others say about us but how much we repeatedly imprint it over and over again into our own psyche.

One of my favourite Buddhist stories is of the two monks

and I think it’s relevant to share it within this subject.

A senior monk and a junior monk were travelling together. At one point, they came to a river with a strong current. As the monks were preparing to cross the river, they saw a very young and beautiful woman also attempting to cross. The young woman asked if they could help her cross to the other side.

The two monks glanced at one another because they had taken vows not to touch a woman.

Then, without a word, the older monk picked up the woman, carried her across the river, 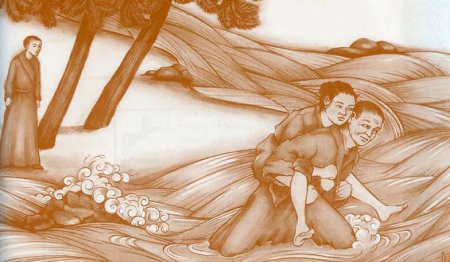 placed her gently on the other side, and carried on his journey. The young monk couldn’t believe what had just happened. After rejoining his companion, he was speechless, and an hour passed without a word between them.

Two more hours passed, then three, finally the younger monk could contain himself any longer, and blurted out “As monks, we are not permitted a woman, how could you then carry that woman on your shoulders?”

The older monk looked at him and replied, “Brother, I set her down on the other side of the river, why are you still carrying her?”

The younger monk has a bit of an immature troll attitude, finding fault without seeing the bigger picture. That what we do within our own minds. We feed the immature troll that finds fault rather than choosing to be kind and compassionate towards what arises.

It’s about training the mind to be a tool rather than a troll.

I invite you to move into some dialogue with your inner Troll in a creative way and shine the light into the cave of shadow, ignorance and fear. It may seem scary at first, so just do it little by little at your own comfortable pace. You will be glad you did.

One thought on “The Troll Within”